One hundred years ago today – 14 February

Shire-wide news extracts from the Moruya Examiner of this time in 1914, provided by the Moruya & District Historical Society: 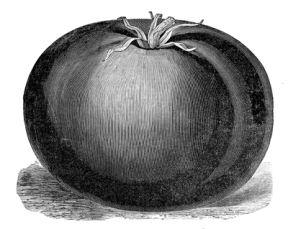 LARGE TOMATO – Mr. R. Knight, local saddler, who has a penchant for a variety of occupations, not the least being the cultivation of the wholesome “love apple” or tomato, showing us during the week a specimen of the ponderosa variety, grown in his vegetable garden, which measured 17 inches in circumference.  We did not get the opportunity of testing the flavour of this particular fruit, as it was required for the seed, but have no doubt that when Richard reads this neighbourly notice we will have scores handed to us over the garden fence.  14/2/1914

CIRCUS – Eroni’s circus opened to a crowded house on Wednesday night, their large seating accommodation being taxed to the utmost.  The various acts of this combination of clever artists were loudly applauded.  The contortion and trapeze turns by Miss Winifred Cortelli were particularly clever, as was also the ladder balancing by the Lucasimatroupe.  The long and high jumping by two greyhounds was another excellent act but the star performance was the high jumping by the champion of Australasia, “Landlock,” …and the bonny pony “Silver Charlie.”  …The troupe was to have given another exhibition last night, a gold medal being donated for the best local high jumping horse.  14/2/1914

EXAMINATION – The following honors have been gained by pupils attending the local Public School at the recent examinations for qualifying certificates in November last.  Myrtle Colefax, bursary, tenable at the Girl’s High School, Sydney; Auna Egan and Florrie Thomson, scholarships at the High School, Goulburn.  14/2/1914

MORUYA SHOW – The 40th annual Show of the Moruya Agricultural and Pastoral Society eventuated on Wednesday and Thursday last under ideal weather conditions.  Owing to the protracted drought it was feared that the year’s show would be a big failure, but in this the committee and public were favourably disappointed, the entries being very fair indeed, and the attendance larger than last year…   14/2/1914

HORSE KILLED – Mr.  Alf Crapp had the serious misfortune to lose his most valuable draught gelding on Monday night last.  The animal, with the others of his fine team, was fed as usual after the day’s work on Monday night, and with the others as usual left in a small allotment surrounding the stable, in and out of which they could go at will.  On the following morning about dawn when Mr. Crappwent to feed them he found “Baldy,” the best and youngest horse of his team, valued at £60, lying dead in the stable near the door with a deep gash below the brisket, in the region of the heart, and surrounded by a pool of blood.  The poor brute must have dropped down and died without a struggle, as there was no evidence of even a kick on the soft earthen floor where he lay.  A careful examination of the allotment and stable was made by a number of expert horsey men, but there was nothing found that could have caused the wound, and the opinion, reluctantly expressed, was that the poor beast had been pierced to the heart by some inhuman brute.  Mr. Alf Crapp is known to be one of the most sympathetic, kind-hearted and honest men in the district, and that he could have an enemy guilty of such an inhuman and dastardly act is beyond comprehension… 14/2/1914

Sixteen 100 years ago booklets containing articles for the years 1899 to 1913 are available ($5 ea) from the society’s rooms.  Copies of local newspapers from the 1860s to date can be viewed at the society’s Family History Research Centre (Ph 4474 3224) situated at the rear of the Pioneer Museum in Campbell St. Moruya (mdhs.org.au).